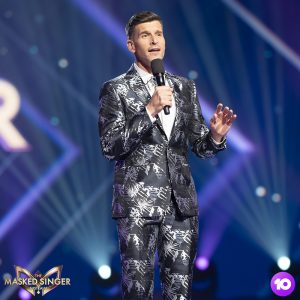 Australian television royalty, Osher Günsberg will host Channel 10’s highly anticipated musical show – The Masked Singer. Günsberg, a passionate music expert and one of Australia’s most trusted hosts, will host the live singing show that is also a guessing game. Originating in South Korea, The Masked Singer has been a massive worldwide hit and features celebrities facing off against one another with one major twist: each singer is disguised head-to-toe in an elaborate costume to conceal their identity. The twelve performers are live on stage and the vote each week is split between the audience and the judges as to who should go through to the next round.

The judging panel includes Lindsay Lohan, Dannii Minogue, Dave ‘Hughesy’ Hughes and Jackie O. An unmissable family event, The Masked Singer will air at 7:30pm on Monday and Tuesday nights, on Channel 10, the WIN network and on 10play.com.au.