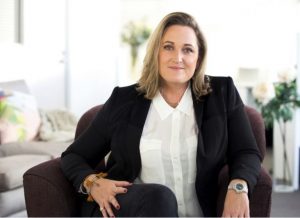 Lauren Miller is the CEO of HMMG. She joined the company from Sydney University in 1997, starting as the Receptionist, then part time as Client Management Assistant whilst she completed later studies. After 5 years as a Senior Agent she was appointed CEO in 2007 under then Chairman and father, Harry M Miller. In 2010 Lauren took over ownership of HMMG under a new structure, managed an innovation shift, an office move and a reinvigorated offering representing high profile and emerging, media, literary and producer talent. The move to Fox Studios further ignited the company’s established interests in production (integrated sales and brand funded content), film and television rights, as well as continuing to leverage talent in innovative ways. Lauren has been Chair of Brain Cancer Action for the NSW Cancer Council, Chair of Young Garvan for the Garvan Institute and a guest panelist on two series of Gruen for the ABC. Lauren is currently a member of the Salvation Army Media Advisory Board.