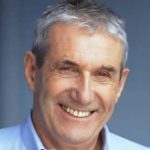 After 50 years in the business, Harry M Miller retired at the end of 2009. In 2007 Harry’s daughter Lauren Miller Cilento was appointed CEO of the Harry M Miller Group and has since taken over the operation and expansion of the company. In 2009 Harry co-authored his memoirs ‘Harry M Miller: Confessions of a Not-So-Secret-Agent’ with Peter Holder for Hachette.

Harry M Miller moved to Australia from New Zealand in 1963 to become part of Australian entertainment history. The business here was still in its infancy, but the fledgling entrepreneur had 100 pounds and an unerring vision. He introduced stars such as Judy Garland, Sammy Davis Jnr, Sarah Vaughan, Dizzy Gillespie, Ella Fitzgerald, Chubby Checker, Louis Armstrong, Shirley Bassey, Tom Jones and the Rolling Stones to isolated local audiences hungry to be part of the international music scene.

In 1969, Miller introduced a new phenomenon to Australia, the rock opera, changing the face of live theatrical shows for all time. The first of these was Hair, the hugely successful production that launched the careers of Marcia Hines, Reg Livermore and John Waters. This was followed by Boys in the Band, Grease and David Williamson’s The Removalists, which Miller produced in Sydney, and then London – establishing the playwright’s international reputation. In 1972, Miller produced the extremely successful productions of Jesus Christ Superstar followed by The Rocky Horror Show in 1974. Superstar cemented Miller’s ability to find and nurture extraordinary creative talent, to create opportunities for young people in the field of entertainment. Superstar, the milestone rock opera launched the careers of Director, Jim Sharman, and Designer, Brian Thomson, the team which went on to mount the record- breaking West End version of the show.

In addition to producing, Harry M Miller has made a long-standing contribution to both the arts and promotion of Australia internationally. From 1967 to 1970 Miller served as Marketing and Promotions Consultant to the Australian Opera, the Australian Ballet and the Melbourne Theatre Company pioneering Australia’s first subscription schemes under which all Australian flagship companies now operate.

The early ‘70s also saw Harry M Miller write a weekly column for The Australian, which covered everything including Politics, Business and Entertainment. From 1975 to 1976 he served on the Advisory Committee for the American Bi- Centennial Celebrations. The year 1977 saw Miller head the celebrations for the Queen’s Silver Jubilee in Australia, and was appointed Ambassador to promote the Australian Bi-Centennial and Australian Expo in France, which subsequently secured Australia’s Expo ’88 in Queensland. He was Chairman of the Art Gallery Society of New South Wales from 1972 to 1977 and in 1974 joined the Board of the National Institute of Dramatic Art. From 1977 to 1981 he was a Director of Qantas Airways Ltd.

In 1992, Harry M Miller returned to the theatre proving once again his ability to anticipate public taste with the first arena version of a stage musical, Jesus Christ Superstar. Under the inspired direction of Richard Wherrett and featuring John Farnham, Kate Ceberano and Jon Stevens, this production was seen by 1 million people, grossed $40 million in just 16 weeks, and established a new form of mass entertainment in Australia. Miller produced the New York smash hit play M Butterfly in 1994, and in 1997 produced the off-Broadway musical, Pageant, to high acclaim.

He is a long time meditator and practices Raja Yoga meditation daily which he says not only helps keep him sane but also, through stillness and silence, facilitates true ‘traffic control’ of the mind.

As the acknowledged dynamo of entertainment, marketing and management within Australia, Harry M Miller is a first-rate example of entrepreneurial excellence.